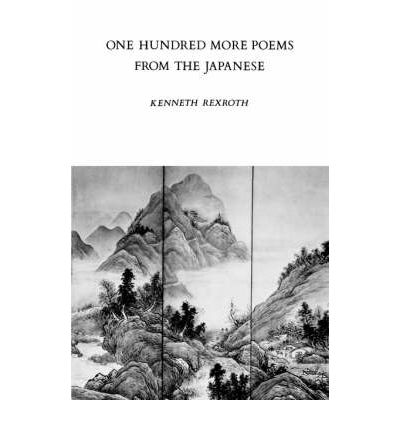 One Hundred More Poems from the Chinese: Love and the Turning Year

One Hundred More Poems from the Chinese: Love and the Turning Year

Jacket Description/Back: This is a collection of translations from Chinese done down the years solely to please myself. It is offered with no pretense to scholarship or to mastery of that complex subject, Sinology. Publisher Marketing: Love and the Turning Year includes a selection from the Yueh Fu folk songs from the Six Dynasties Period (fourth-fifth centuries A. D.). Most of the songs are simple, erotic lyrics. Some are attributed to legendary courtesans, while others may have been sung at harvest festivals or marriage celebrations. In addition to the folk songs, Rexroth offers a wide sampling of Chinese verse: works by 60 different poets, from the third century to our own time. Rexroth always translated Chinese poetry as he said solely to please myself. And he created, with remarkable success, English versions which stand as poems in their own right. " Review Citations:

Contributor Bio:  Rexroth, Kenneth Poet-essayistKenneth Rexroth(1905-1982) was a high-school dropout, disillusioned ex-Communist, pacifist, anarchist, rock-climber, critic and translator, mentor, Catholic-Buddhist spiritualist and a prominent figure of San Francisco's Beat scene. He is regarded as a central figure of the San Francisco Renaissance and is among the first American poets to explore traditional Japanese forms such as the haiku.