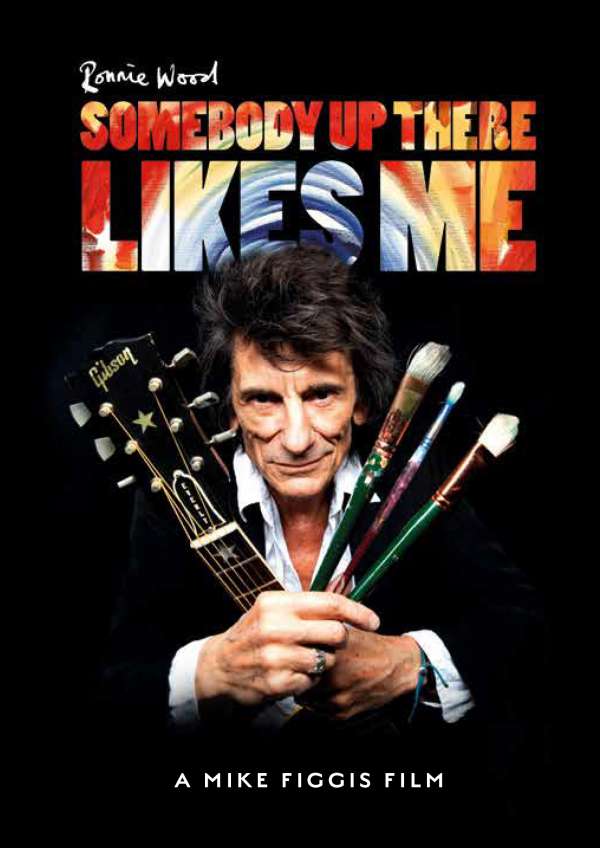 Somebody Up There Likes Me

Somebody Up There Likes Me

Eagle Vision proudly presents the first in-depth film biography of iconic musician Ronnie Wood with the release of Somebody Up There Likes Me. The film by acclaimed director Mike Figgis will be released on DVD, blu-ray and deluxe hardback book.

This intimate portrait traces the many lives and careers of one of the most important guitarists in music, capturing what it means to be a rock 'n' roll icon. Somebody Up There Likes Me traces Wood's 50-year musical history, from The Birds, The Jeff Beck Group, The Faces (with Rod Stewart), and The New Barbarians, to becoming a permanent member of The Rolling Stones.

The DVD, blu-ray and deluxe formats all feature bonus performances by Ronnie, plus two mini-features. The deluxe is a special limited edition 40-page hardback book featuring pictures, paintings and annotations by Ronnie which are exclusive to this format. It also features an exclusive essay by Paul Sexton, with DVD and blu-ray of the documentary.