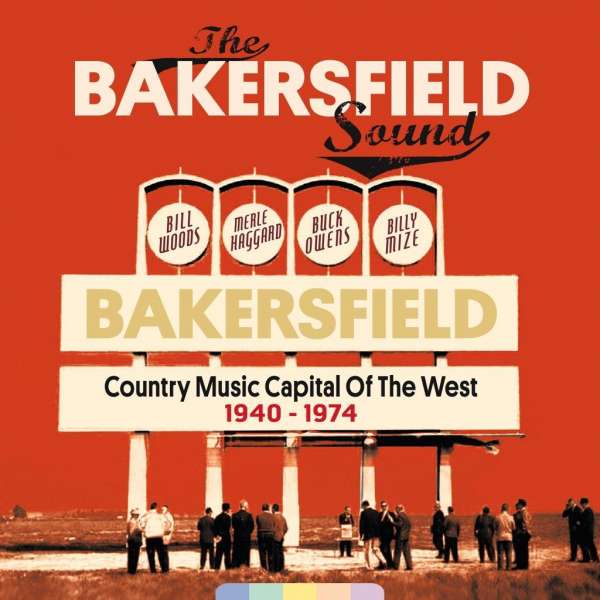 Buck Owens and Merle Haggard emerged from the dim lights, thick smoke and loud, loud music of Bakersfield, California's thriving honky-tonk scene of the 1950s and '60s and changed country music forever. But what is the 'Bakersfield Sound?' While twanging Telecasters and crying steel guitars come to mind, the music that emanated from Central California in that era reflected a variety of influences that was expressed in myriad ways.

"We represent the end results of all the years of country music in this town," Haggard once remarked about the California city that served as home base for the two Country Music Hall of Fame inductees. But how did the musical world from which Buck and Merle emerged come to be? How were the twin pillars of the Bakersfield Sound shaped by the city's larger musical community? Who were their influences, and what were the musical markers along their paths to success? In what ways did

their achievements reshape the local scene from which they emerged?

This first sprawling multi-disc anthology of Bakersfield's country music heritage begins with 1940s field recordings of migrants who fled the ravages of dust and economic depression in search of a better life in California. It traces the development of the music they brought with them all the way through 1974, the last full year Merle Haggard made his home in Bakersfield, the year of Buck Owens' final Top 10 hit as a solo artist, and the year Bakersfield guitar hero Don Rich was killed in a motorcycle accident.

Collected here are a diverse range of recordings that includes Bob Wills and the Texas Playboys in a Bakersfield radio studio in the mid-1940s; previously unheard work tapes of a recently-paroled Merle Haggard recording demos with only his acoustic guitar to accompany him; a newly discovered Haggard session for Tally Records that was believed to have been lost and has never been heard before; previously unknown live recordings of Buck Owens and the Buckaroos at the very last of Buck's

Rare recordings from early pioneers Tex Butler, Tex Marshall, and Ebb Pilling give a glimpse into the early days of the Bakersfield Sound while dozens of rare records from local labels of the 1950s, '60s and '70s are collected together for the first time. Many of the selections presented here have never been reissued, and few have seen the light of day since their initial release. In some cases, only a handful of 78 or 45 RPM records were pressed, and the songs have been long forgotten until now. From songwriting legend Harlan Howard's first recording for Tally Records to his then-wife Jan Howard's first known demo recording in Lewis Talley's Bakersfield studio to Barbara Mandrell's very first solo recording on Mosrite Records to legendary bandleader Johnny Barnett's only known single (the first song written by Merle Haggard to have ever been released), this collection is a treasure trove of Bakersfield history. From hits to deep cuts to alternate takes to album tracks to live material, this set dives deeper into the Bakersfield Sound than ever before.

The accompanying 220 page book includes hundreds of photos, a foreword by Foo Fighters guitarist Chris Shiflett, in depth analysis by Grammy-nominated Bakersfield Sound historian Scott B. Bomar, profiles on each artist, and a track-by-track commentary that puts the sprawling 10 CD collection in context to illuminate the story of how a country music cottage industry transformed Bakersfield into the Country Music Capital of the West and ignited speculation that the city could become a serious challenge to Nashville's commercial country dominance.