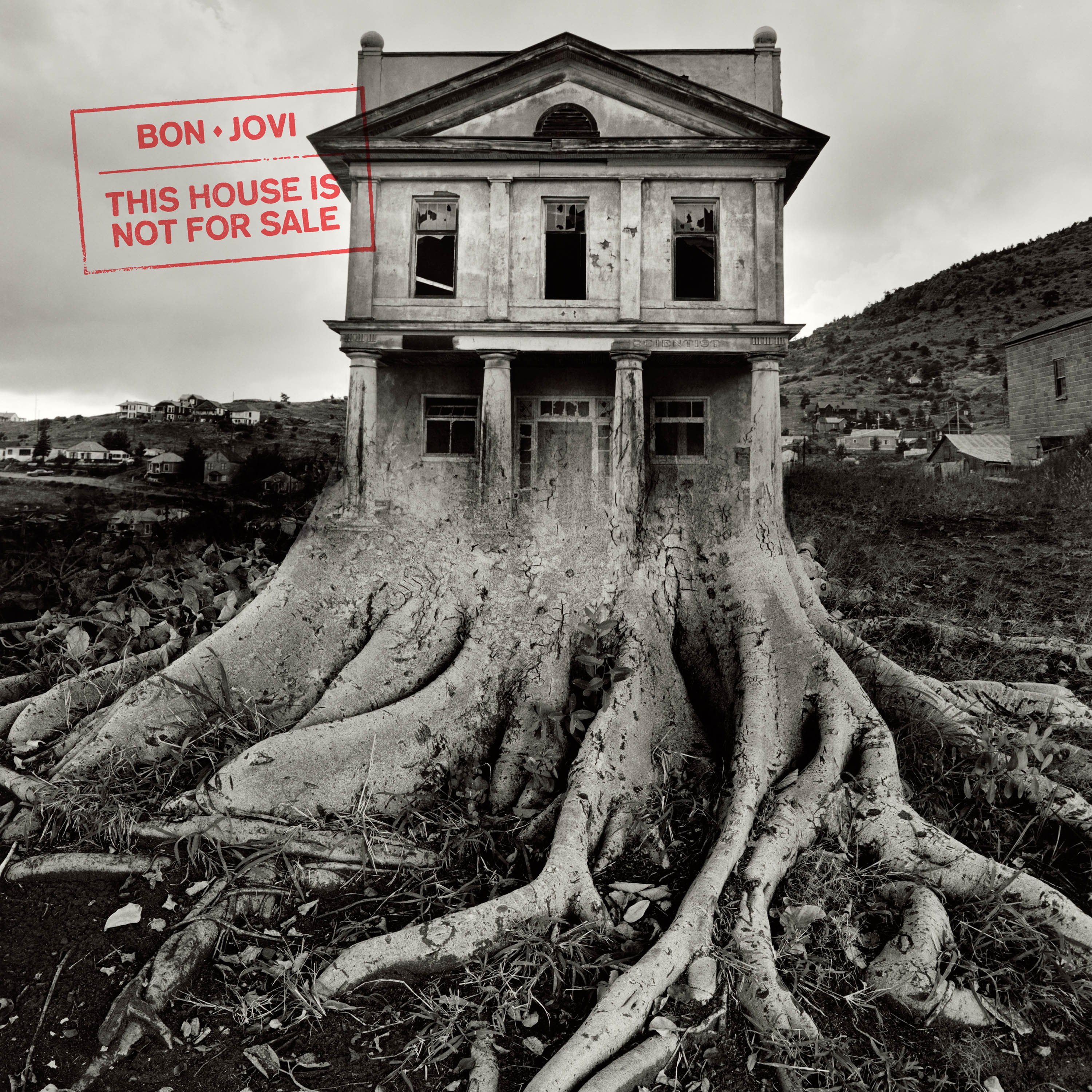 This House Is Not For Sale

This House Is Not For Sale

The iconic Grammy Award®-winning band, Bon Jovi revealed the album cover for THIS HOUSE IS NOT FOR SALE, their fourteenth studio album which reflects the integrity, enduring legacy, and stronger-than-ever bond of one of the biggest rock acts in the world.

The album cover debuted first to fans today on Bon Jovi's social media platforms and is a striking black and white image of a proud, historic house anchored by deep roots by artist Jerry Uelsmann. From the moment frontman Jon Bon Jovi saw the image several years ago, the strong statement inspired him. In fact, it was in his mind while writing the album's current single, "This House Is Not For Sale."

"That picture told our story...now it's our album cover," he says. Of the single, Jon continues, "this song is about integrity and what we were going through these last three years. We've become even closer and, as the song says, 'this heart, this soul, this house is not for sale."

THIS HOUSE IS NOT FOR SALE is Bon Jovis 14th studio album since their 1984 debut. It reunites Bon Jovi with Grammy Award®-winning producer John Shanks, who began working with the band in 2005, on the RIAA platinum Have A Nice Day, which entered the charts at #1 in 15 countries worldwide. This will be Bon Jovis first major release since What About Now (2013), which was the bands third consecutive multi-platinum album to enter Soundscan at #1 (following Lost Highway in 2007, and The Circle in 2009).

Over an illustrious career spanning more than three decades since their formation in 1983, Bon Jovi has earned their place among global rock royalty. With over 130 million albums sold worldwide, an extensive catalog of hit anthems, and more than 2,800 concerts performed in 50 countries for more than 35 million fans, Bon Jovi is the consummate rock and roll band.

More from this series

More offers: Bon Jovi - This House Is Not For Sale